TAIPEI (AP) — Taiwan’s president on Sunday vowed to defend the island from China’s rising pressure for reunification, after a week of unprecedented tensions with Beijing.

“We will do our utmost to prevent the status quo from being unilaterally altered,” President Tsai said.

“We will continue to bolster our national defense and demonstrate our determination to defend ourselves in order to ensure that nobody can force Taiwan to take the path China has laid out for us,” the Taiwanese leader added.

China claims Taiwan as part of its national territory although the island has been self-ruled since it split from the communist-ruled mainland in 1949 after a long civil war.

“The path that China has laid out offers neither a free and democratic way of life for Taiwan, nor sovereignty for our 23 million people,” Tsai said.
I'd rather be judged by 12 than carried by 6 .........

BEIJING (Reuters) -- China's military said on Monday it had carried out beach landing and assault drills in the province directly across the sea from Taiwan, though it did not link the exercises to current tensions with Taipei.

Democratically ruled Taiwan, claimed by China as its own territory, has complained of stepped-up military and political pressure from Beijing to force it to accept Chinese rule, including massed air force incursions into Taiwan's air defense identification zone.

The official People's Liberation Army Daily newspaper, in a brief report on its Weibo microblogging account, said the drills had been carried out "in recent days" in the southern part of Fujian province.

The action had involved "shock" troops, sappers and boat specialists, the Chinese military newspaper added. The troops were "divided into multiple waves to grab the beach and perform combat tasks at different stages", it added, without providing further details.
I'd rather be judged by 12 than carried by 6 .........

Carrier Strike Group trains with Singapore's military in South China Sea
It comes ahead of HMS Queen Elizabeth’s visit to Singapore on Monday. 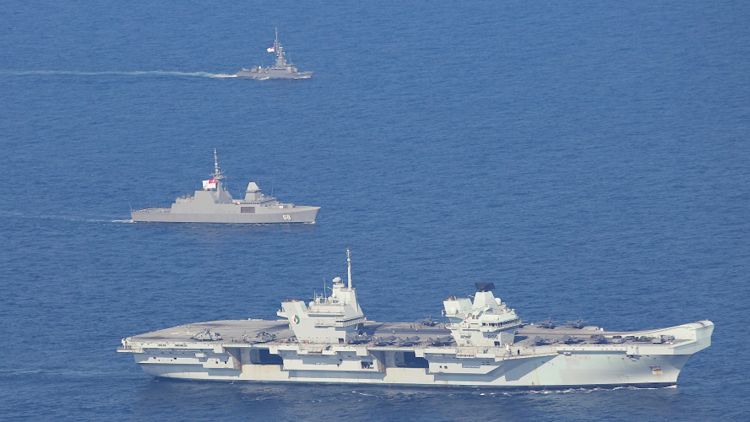 It comes ahead of a visit to Singapore by the aircraft carrier HMS Queen Elizabeth, which conducted manoeuvring exercises with the UK Carrier Strike Group fleet and Republic of Singapore Navy ships.

Three Of China's Airbases Closest To Taiwan Are Getting Major Upgrades
Beijing is beefing up its combat aviation infrastructure across from Taiwan as invasion fears grow. 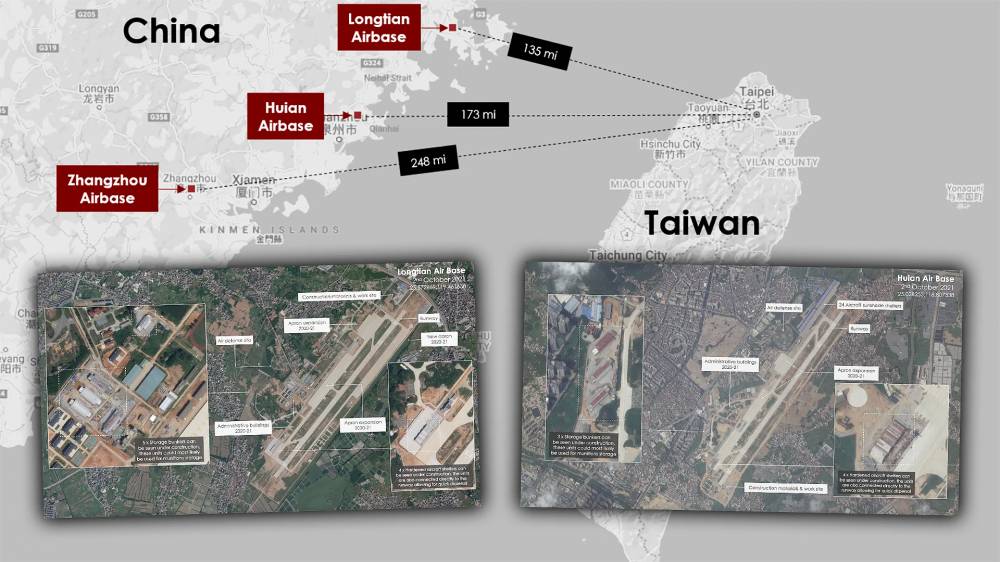 
China is upgrading three airbases located opposite Taiwan, boosting its airpower capability in an already tense region that is flush with air combat capabilities. Construction of the new infrastructure began in early 2020 and continued uninterrupted through the pandemic, underlining its priority.

The work at the Chinese air force's bases at Longtian, Huian, and Zhangzhou, all of which lie between 100 and 200 miles from Taiwan, give it an enhanced forward presence near the Taiwan Strait. This, when coupled with the flurry of flights through Taiwan’s ADIZ, all appear to be in line with Beijing’s evolving aggressive posture towards the island nation.
I'd rather be judged by 12 than carried by 6 .........

TAIPEI (Taiwan News) — China's state-run mouthpiece the Global Times on Wednesday (Oct. 13) posted a tweet in which it appeared to threaten the people of Taiwan with annihilation by invoking terminology used by Hitler to justify the genocide of Jewish people in Germany.

In a tweet posted at 1:40 a.m. on Wednesday morning, the state-operated tabloid claimed that the Chinese Communist Party's (CCP's) admonition against secessionism is "not just talking the talk." It then ominously used the term "final solution" to describe how the "Taiwan question" will be dealt with.
...............
"The mainland has already issued a blacklist of Taiwan secessionists, and this proves that the mainland will separate the secessionists and other political groups and ordinary people on the island. And no matter what kind of solution, peaceful or not, those blacklisted will be brought to justice."
...............
The CPC's warning against secessionism is not just talking the talk, and whether the final solution of Taiwan question will be peaceful or not, the secessionists will be judged, condemned and punished. This is also a promise to all Chinese people: expert 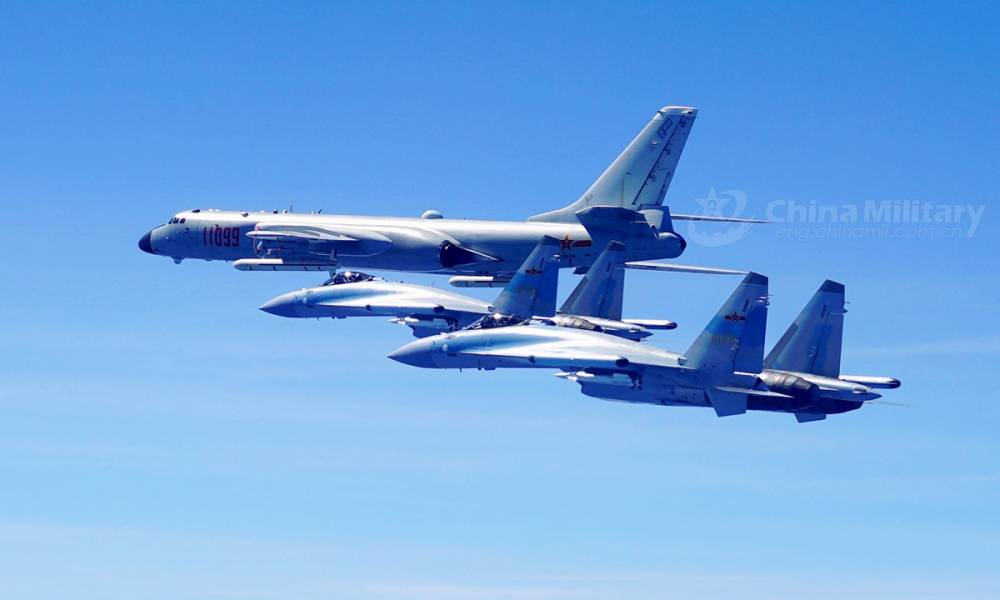 China strongly opposes Czech Senate committee' resolution to welcome more high-ranking officials from Taiwan island to visit the Czech Republic, and urges it to fully recognize the highly sensitive nature of the Taiwan question, a spokesperson for the Chinese Embassy in Czech Republic said Friday.

The Czech Senate Committee on Foreign Affairs, Defense and Security on Wednesday approved a resolution to deepen cooperation with Taiwan island.

China urges the Czech Republic to abide by the one-China principle and handle the Taiwan-related affairs prudently and appropriately.

The Taiwan question is part of China's internal affairs, which is a matter of China's core interests. There is only one China, and Taiwan is a part of Chinese territory. Adherence to the one-China principle is the precondition and political foundation for China to develop friendly relations with other countries including the Czech Republic, the spokesperson said.
............
I'd rather be judged by 12 than carried by 6 .........

"We’re also facing a significantly more challenging operating environment and greater compliance requirements in China. Given this, we’ve made the decision to sunset the current localized version of LinkedIn, which is how people in China access LinkedIn’s global social media platform, later this year."
...............
I'd rather be judged by 12 than carried by 6 .........

“The best way to predict your future is to create it.” - Dan Miller.
Upp
Skriv svar
187 inlägg