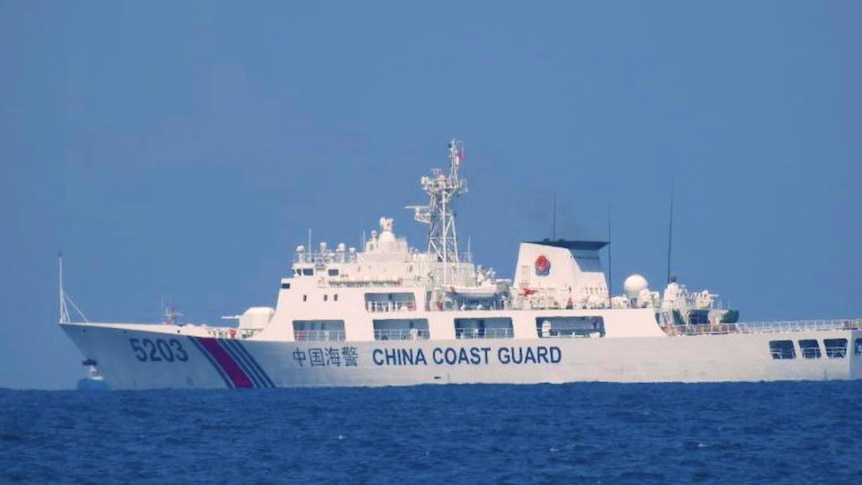 Philippine authorities say two of their military supply vessels were drenched with water cannons for one hour
Foreign Secretary Teodoro Locsin says China's actions threaten the "special relationship" between the two nations
The Philippines says it will complete the mission to deliver supplies to its troops
The incident prompted swift condemnation from Philippine Foreign Secretary Teodoro Locsin, who warned Beijing the vessels were covered by a mutual defence treaty with the United States.

Mr Locsin said no-one was hurt during the incident at Second Thomas Shoal, but the boats had to abort their mission to deliver food to Philippine forces on the atoll.

CHIAYI, Taiwan (AP) — Taiwan has deployed the most advanced version of the F-16 fighter jet in its air force, as the self-ruled island steps up its defense capabilities in the face of continuing threats from China, which claims it as part of its territory.

Taiwan's President Tsai Ing-wen commissioned into service 64 upgraded F-16V fighter jets at an air force base in Chiayi on Thursday. The aircraft represent part of Taiwan's total 141 F-16 A/B jets, an older model from the 1990s that will be completely retrofitted by the end of 2023.

Tsai said the upgrade project showed the strength of Taiwan’s cooperation with the U.S. defense industry. It comes at a time the island's status has become a major point of tension in the U.S.-China relationship.
.............
I'd rather be judged by 12 than carried by 6 .........

Lithuania will "have to pay" for letting Taiwan open office, China says

"Lithuania only has itself to blame, it will have to pay for what it did," Chinese foreign ministry spokesman Zhao Lijian told a daily press briefing on Friday.
I'd rather be judged by 12 than carried by 6 .........

China lashed out at Lithuania over Taiwan office. But will it bite? 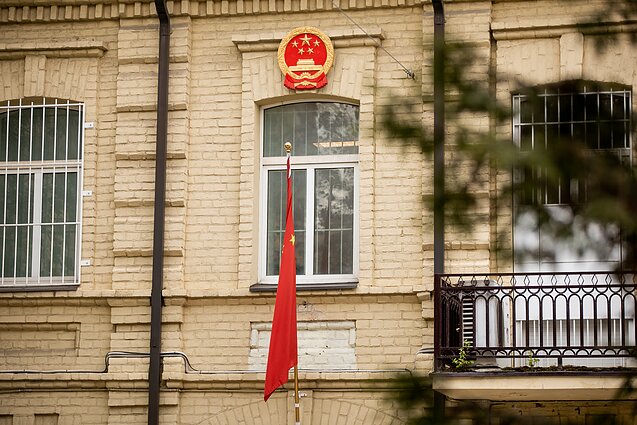 
On Sunday, China downgraded its diplomatic ties with Lithuania in response to Taiwan opening a representation in the Baltic state. But as Beijing engages in fiery rhetoric, it might try to deescalate behind closed doors, observers say.

China has been threatening to take action against Lithuania ever since Vilnius announced that Taipei would open a representation in the country using the name ‘Taiwan’.

Beijing has said it was a move toward recognising the self-ruled island as an independent country which violates the One China principle. Vilnius has denied these allegations.

Last August, China’s Foreign Ministry recalled its ambassador to Lithuania and told Vilnius to follow suit. Lithuanian Ambassador Diana Mickevičienė returned from Beijing in early September.
I'd rather be judged by 12 than carried by 6 .........

China’s Taiwan Affairs Office says it opposes the US maintaining any kind of official relations with Taiwan. That statement came after Taiwan was included on the list of participants at an upcoming Democracy Summit.

China has warned Germany's new coalition government against interfering in its "internal affairs", such as matters related to Taiwan, Hong Kong, and Xinjiang.

Beijing also reportedly hinted that relations between Germany and China could be damaged unless Berlin follows the "one China policy", under which Taiwan is part of Chinese territory.

Chinese foreign ministry spokesperson Zhao Lijian said during a press conference on Nov. 25 that China hopes that the new government will keep to the policy, respect China’s core interest, and safeguard the political foundation for bilateral relation.
.....................
I'd rather be judged by 12 than carried by 6 .........

The Philippines has declined to remove its grounded naval vessel, BRP Sierra Madre, from the disputed Second Thomas Shoal in the South China Sea as demanded by China. This comes amid China's recent water cannon attack on Manila's supply ships heading for the disputed shoal. 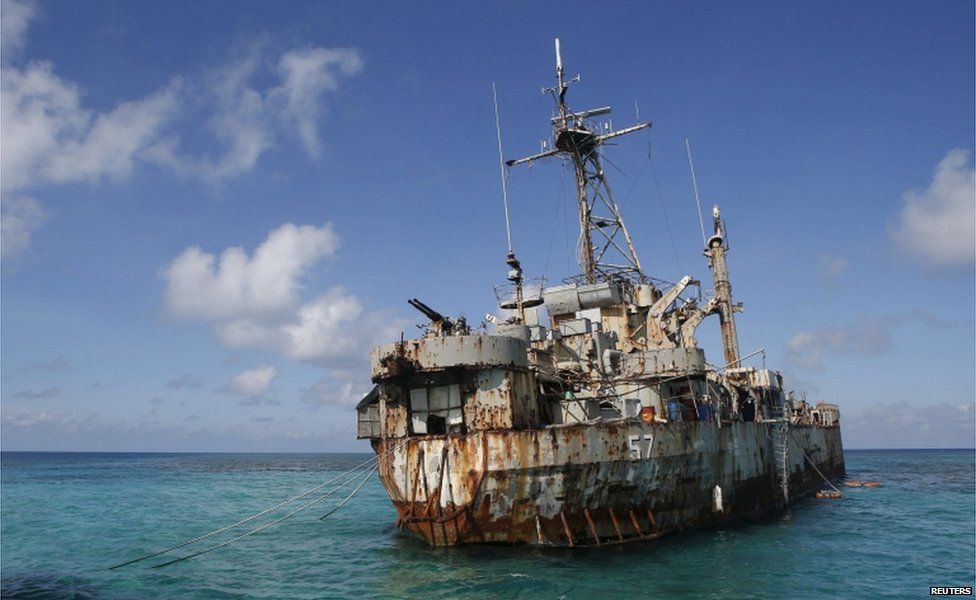 China had recently demanded that the Philippines "honor its commitment and remove the grounded vessel" on the shoal, reported Manila-based newspaper Inquirer. Second Thomas Shoal is known in the Philippines as Ayungin Shoal while China calls it Ren'ai Jiao.

The statement came a day after the Filipino boats reached the grounded navy ship to complete their resupply mission, which was earlier blocked by Chinese coast guard ships.

"As far as I know there is no such commitment," Philippine defense chief Delfin Lorenzana was quoted by the news outlet. "That ship has been there since 1999. If there was a commitment it would have been removed a long time ago," he said.

The chief reiterated his statement in a Facebook post: "Ayungin Shoal lies within our EEZ where we have sovereign rights. Our EEZ was awarded to us by the 1982 UNCLOS which China ratified."

He added that the territorial claim of China has "no historic nor legal basis" and Manila can "do whatever we want there and it is they who are actually trespassing."

Lorenzana added in Filipino, "We have two documents that prove we have sovereign rights in our EEZ while they have none and their claim is baseless."

“The best way to predict your future is to create it.” - Dan Miller.
Upp
Skriv svar
207 inlägg