Delegation of U.S. lawmakers visits Taiwan amid tensions with China

TAIPEI, Taiwan (AP) — A delegation of American lawmakers arrived in Taiwan on Sunday, just 12 days after a visit by U.S. House Speaker Nancy Pelosi that prompted China to launch days of threatening military drills around the self-governing island that Beijing says must come under its control.

The five-member delegation, led by Democratic Sen. Ed Markey of Massachusetts, will meet President Tsai Ing-wen and other officials, as well as members of the private sector, to discuss shared interests including reducing tensions in the Taiwan Strait and investments in semiconductors.
…………
I'd rather be judged by 12 than carried by 6 .........

Following the opposition from China’s Commerce Ministry, the country’s Foreign Ministry also said on Thursday that Beijing will take resolute measures to defend its territorial integrity and urges the US not to make a wrong judgment after Washington and Taipei agreed to initiate trade talks early this autumn.

TAIPEI (Reuters) -- A U.S. lawmaker on the Senate Commerce and Armed Services committees arrived in Taiwan on Thursday for the third visit by a U.S. dignitary this month, defying pressure from Beijing to halt the trips.

"Taiwan is our strongest partner in the Indo-Pacific region. Regular high-level visits to Taipei are long-standing U.S. policy," Blackburn said in a statement. "I will not be bullied by Communist China into turning my back on the island."
I'd rather be judged by 12 than carried by 6 .........

China says it is "ready to defeat any provocation" as two US Navy warships sail through international waters in the Taiwan Strait.

It comes just weeks after US House Speaker Nancy Pelosi visited the region - the highest-ranking elected US official to visit in more than 25
Her visit angered China, which saw it as a US attempt to interfere in its internal affairs. Beijing regards Taiwan as a renegade province to be annexed by force if necessary. 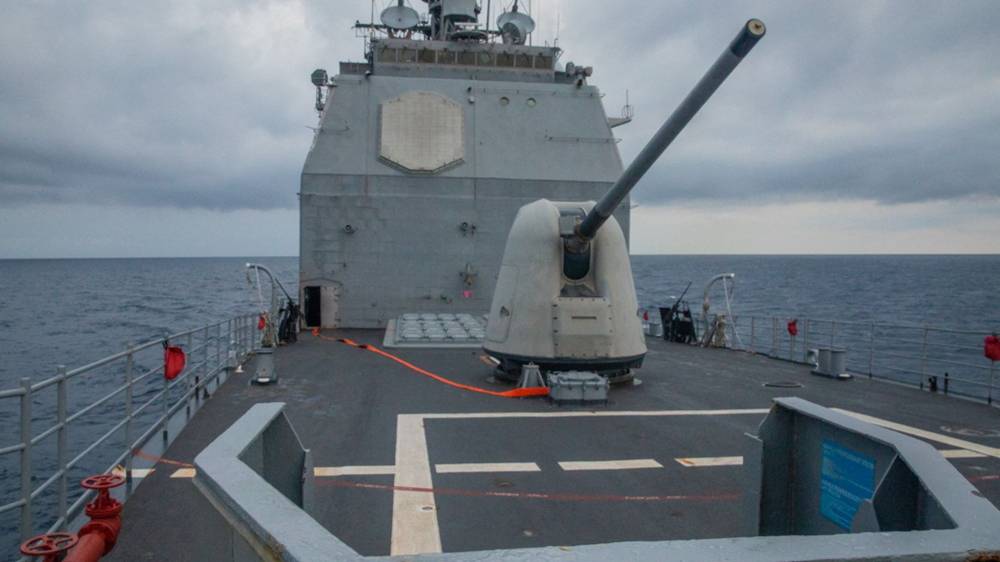 
The narrow strait has been a source of military tension since the defeated Republic of China government fled to Taiwan in 1949 after losing a civil war with the communists.

Confirming the operation, the US Navy said the cruisers Chancellorsville and Antietam had "transited through a corridor in the strait that is beyond the territorial sea of any coastal state".
I'd rather be judged by 12 than carried by 6 .........

US Navy Commander Karl Thomas says the global community could intervene if China mounted a blockade of Taiwan. His remarks came in a Wall Street Journal article published on Monday.

In a 60 Minutes interview broadcast on Sunday, US President Joe Biden said US troops would defend Taiwan if China were to launch an “unprecedented attack.” The White House later said US policy has not changed.

Thomas says China has the world’s largest navy and could put ships around Taiwan to bully the country. He doesn’t know if China will carry out an invasion or blockade, but adds it is his job to be ready for whatever Beijing does.
……….
I'd rather be judged by 12 than carried by 6 .........

“The best way to predict your future is to create it.” - Dan Miller.
Upp
Skriv svar
266 inlägg